Posted by Louise Fowler on December 6, 2016
Posted in: DO NO HARM? The Case of Houston v. Houston.

You come into my life, uninvited, you make all kinds of accusations and lies with no interest in the TRUTH. In the over 34 years of our parents marriage we have not had any real conversation, beyond pleasantries, so how could you know the truth. You preferred to make it up, didn’t you?

We have here a Doctor, a cop, a nurse, a contractor and 4 other individuals. My mother’s 4 step-children and their spouses. You took from my mother for over 34 years. Not a word of gratitude ever came out of any of you for that. You, collectively have an extraordinary amount of money. Some of that is thanks to my mother paying off your education that enabled you to have more riches, it wasn’t enough you were raise in a very high life style.  But that wasn’t enough for you, was it? You say you had to do what you did for your father, denying my mother her spousal rights. Why did he write a mirror will with his wife leaving everything to his surviving spouse. And only after they were both dead would any of the children get anything. But the story is, you didn’t want to wait my mother to die, you didn’t have enough money already, is that so? You thought so highly of your father (or so you say) but you painted him as being the kind of man that would take what he did from his wife (she got him out of the red when they married and she paid for 3/4 of the expenses during the over 34 years of their marriage) You said when he died he wanted to leave everything he had to his spoiled rich adult children not to his wife. 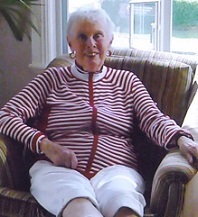 Which technically was hers because she was named the recipient of his will when he died. You didn’t present one shred of evidence proving he had changed his mind, now did you? You said he did, NO HE DIDN’T you are lairs. He didn’t!  He was of sound mind to do that if that is what he wanted to do. You see I had a better opinion of your father. It saddens me that you have destroyed his legacy and reputation. I know he would never have done that and everyone, except his children knew that, didn’t they? He was a much beloved doctor in Victoria by everyone. He was a man of honor unlike how you painted him. And unlike his children. He adored his wife, my mother.

Your father, and my mother’s beloved husband, died in 2009 and because of your greed she was not able to go to his funeral, she was devastated. You humiliated her. She heard how you bad mouthed her at the funeral saying she wasn’t of sound mind, People turned up to check on her, including doctors, and found her to be in complete sound mind.  You eviscerate me as a means to an end (to get HER MONEY), she killed herself in 2013 because of her total and complete helplessness in what you were doing to me (after all she was 92 years old, very vulnerable). You leave me in a puddle. And when I asked you to meet with me earlier in the year because quite frankly I was fighting for my life. What do you do, well Inspector Russell responds and says NO, we don’t want anything more to do with you. You shit all over me, you humiliate and degrade me

then try to leave me with absolutely nothing and succeeded. You did everything in your power to prevent my mother and I from having a good relationship (which didn’t work) after all the pain the two of us had gone through and then you don’t want to help save my life.

You have the money now don’t you. It cost a lot of money in legal fees but then you all individually and collectively have a great deal of money so what is that to you. It cost my mother over a half million dollars to fight for what was hers to begin with.We can check out what is a matter of public property by going to the courts, or online for that matter, and check out HOUSTON versus HOUSTON Victoria BC Canada.Don’t take my word for it.

In fact no one has to take my word for anything. The courts. Oh that’s right you all made sure I couldn’t go into the courts and testify. You left a very old and fragile lady to be put on the stand for 2 full days in her own defense and expect to know what to say about her step-children and their lies and what they did to her daughter and why you would want to take away her spousal rights to her money.

As you live your higher than mighty life styles do you ever think about what happened to my mother? Did you ever think about how it was for her to take 14 days to die after she stopped eating and drinking? And incidentally her doctor said it is unusual for an elderly person to do this with know underlying disease. But I know why she begged to die. Because you forced this fragile woman to take responsibility for something that was not your right to instigate and force.Did you think about how these last days were and how I washed her, and took loving care of her. How I kissed her and talked to her about how she was loved. Dr. James (eldest and lead instigator) as a doctor that specializes in elderly people you would know how this looks. She could no longer talk but the tears still ran down her cheeks. But you were sitting in Oak Bay Victoria in your comfy house without a thought for this woman who gave you so much. Her doctor and lawyer can testify to the emotional pain this woman was in and how close we had become.  Do you ever think about how she and I felt during this terrible time in the last 5 years of my mother sad sad life?

I don’t believe any of you do. But then your are not nice people,